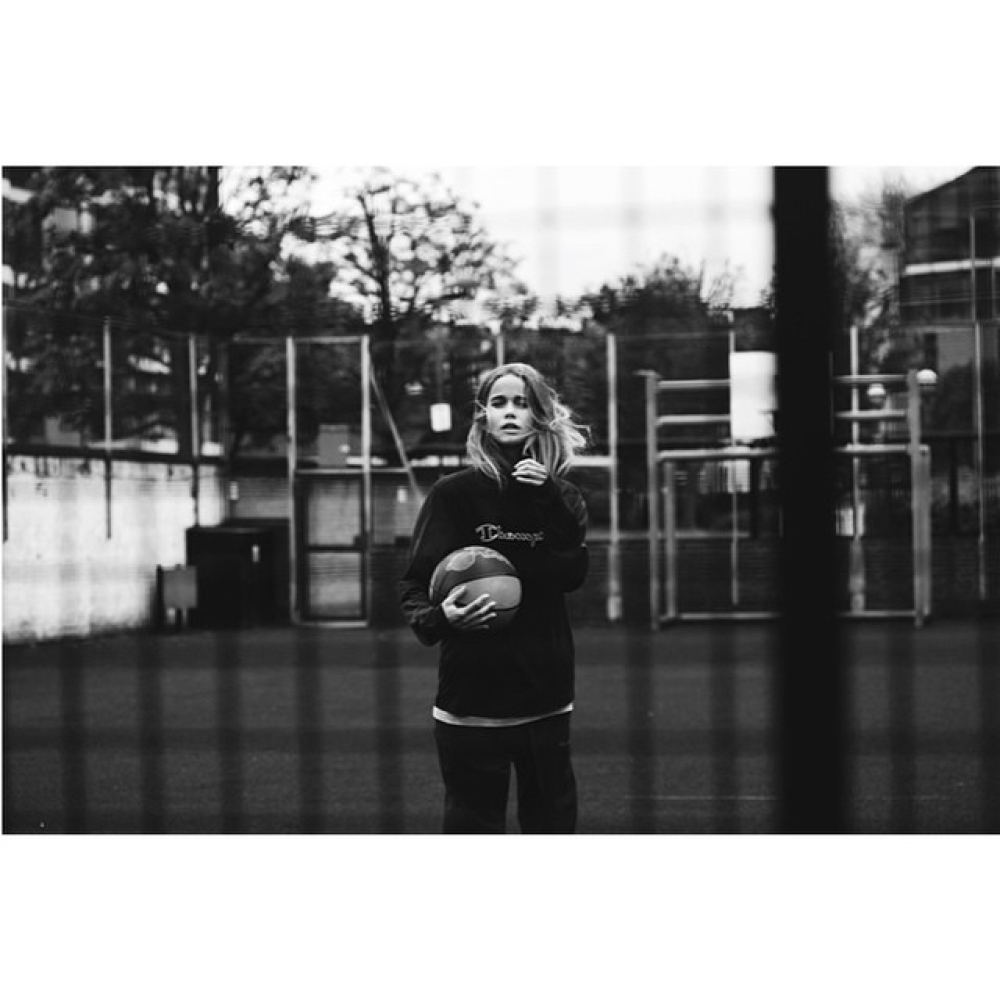 Heritage. Authenticity. Originality. None of these three things can be bought, and few brands are as steeped in them as Alpha ­Industries and Champion. Both names are products of prolific periods of local American manufacturing, and both have left a major impact on the clothing and overall identity of what we call Americana, before going on to become style icons in their own respective rights.

Alpha Industries and Champion are celebrating their 60th and 100th respective birthdays this year, and we spoke to both former pillars of the American manufacturing industry about how they pivoted from classic utilitarian designs to become established as institutions of fashion.

In 1919 in Rochester, New York, Champion was initially established as the Knickerbocker Knitting Company, and got its start outfitting college sports teams, beginning with the ­Michigan Wolverines football team. Word travelled, and soon the brand was providing uniforms for many other collegiate teams. Over the following decades the company was re-­titled Champion Knitting Mills Inc., and delivered such innovations as proprietary reverse weave and mesh fabrics, which have been imitated by innumerable competitor brands. Plus, after athletes and labourers called for a garment that offered better protection from the elements, Champion gave us a hooded sweatshirt, now affectionately referred to as the hoodie. In fact, the iconic reverse weave hoodie was permanently installed in the Museum of Modern Art in New York City in 2018. 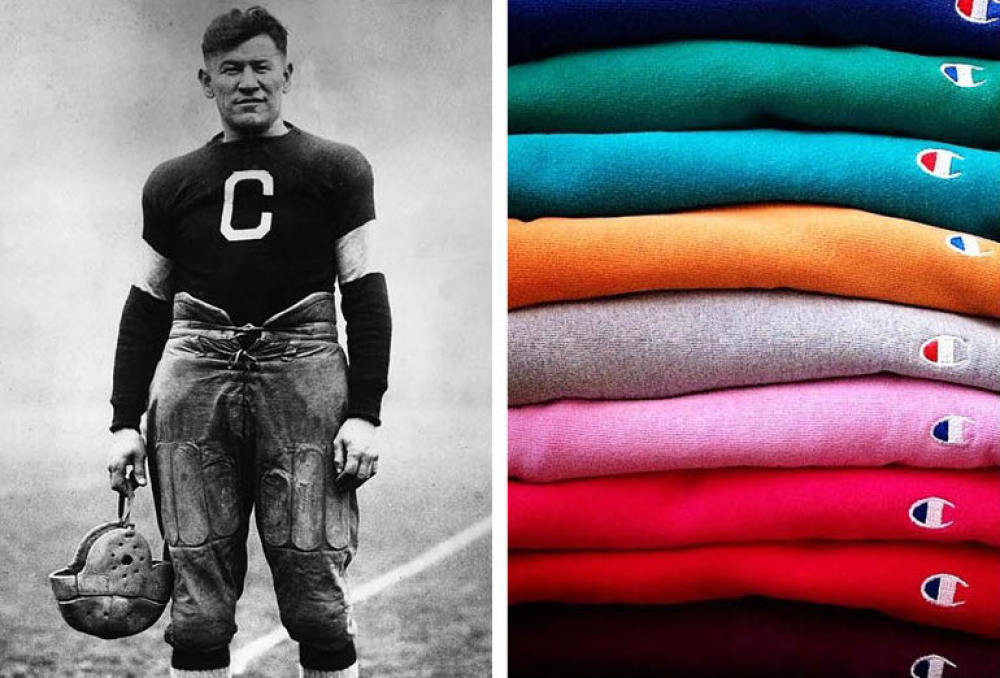 While Champion never sought to become relevant in subcultures like graffiti or b-boying, the brand was eventually adopted by different audiences, much like the trajectory of Polo Ralph Lauren, Timberland or Dickies, all of which were embraced by new audiences like those in the skateboarding and hip-hop communities.

Champion’s reputation for hard-wearing materials and its achievements in sportswear, like equipping the 1992 U.S.A. Olympic Men’s ­Basketball team, (the "Dream Team", featuring Michael Jordan, Magic Johnson, Patrick Ewing and other legends), established the brand as not just a manufacturer, but a cultural institution.

Moving closer to the present day, Champion CEO Joseph Monahan points out to us that "collaborations, limited-edition pieces and customization” have become integral parts of the brand’s business, like partnerships with ­Supreme and Vetements, or, more recently, Ronnie Fieg’s Kith. In Japan, the aforementioned reverse weave fabric is a beloved chapter of Champion’s history, and reverse weave ­products are widely stocked by Tokyo’s many vintage stores, and retail franchises like BEAMS and United Arrows. The brand’s instantly recognisable C logo has become a globally celebrated icon in its own right.

While Champion has gained a newfound relevance in contemporary fashion and streetwear, Monahan reminds us that the brand’s heritage still informs every step that is made today, "Our brand has always celebrated our heritage – it’s the core of what our company is founded on. We’re able to select key pieces that were integral to our foundation and make them relevant and trend-appropriate for the market today."

Fast-forward 40 years from 1919 and you’ll arrive in 1959, the same year that Alpha Industries was established in Knoxville, Tennessee. Although the brand was made official on paper in 1959, when it was awarded a U.S. military contract, Alpha was actually created from a conglomerate of three manufacturing companies – Superior Tags Corporation, Rolen Sportswear and Dobbs Industries.

Alpha’s iconic M-65 and MA-1 jackets are designed objects that were simply done right the first time, and for pilots, these were the ultimate status symbols. One’s Alpha jacket was directly tied to one’s identity, as pilots would proudly display their combat history on their jackets in the form of mission patches and badges.

But how exactly did a military jacket make its way into the closets of civilians? One theory is that, when the Vietnam War ended, some of the 500,000 jackets being produced annually by ­Alpha for the military were finding their way into military surplus stores. As they already had a reputation made by those who wore them during the war, they were soon in demand for their made-in-USA quality. This transition from military uniform to fashion staple could also be tied to several particular countercultural moments, as Ben Birkl and Matthew Pantoja from Alpha ­Industries explain, "Through the years, we’ve seen military garments being adopted by fashion and culture. There was the “hippie” movement in the 70s, where people protesting against the war would wear the M-65 and utilise it as a canvas for anti-war/peace messages. There was Robert De Niro’s character wearing the field coat in Taxi Driver; Arnold Schwarzenegger wearing it in The Terminator. It was also the uniform of hip-hop during the era of the late 80s and early 90s, with Public Enemy, Wu-Tang Clan, Mobb Deep, Nas and Notorious B.I.G. all wearing the M-65."

Alpha jackets became symbols of American patriotism, as well as presidents like George W. Bush and Bill Clinton, and celebrities from Marilyn Monroe to Kanye West and the musicians named above. During the 1990s, Alpha broadened its product offerings significantly to appease this new civilian consumer.

Parallel with the trajectory of Champion, Alpha Industries’ CEO Mike Cirker notes in an Alpha promotional video, "My goal, or my vision was to make this into a fashion company. So we could take that history and that authenticity and turn it into something that was fashionable and relevant." Today, Alpha keeps a well-maintained archive of historically relevant pieces that can continue to inform contemporary designs, as Birkl and Pantoja note, "We continuously archive hundreds of archives in our warehouse in ­Knoxville, Tennessee, which was our original factory when we started; and we have an online database to reference these styles when we need them. We are always searching for rare styles to add to the archives."

Alpha and Champion are now both exploring new demographics that have taken an interest in the brands, to complement the loyal followers that they have developed over the decades. As the brands pivot to adapt to changing trends and markets, the success of these American staples is built on authenticity and originality, two things that cannot be bought or faked. 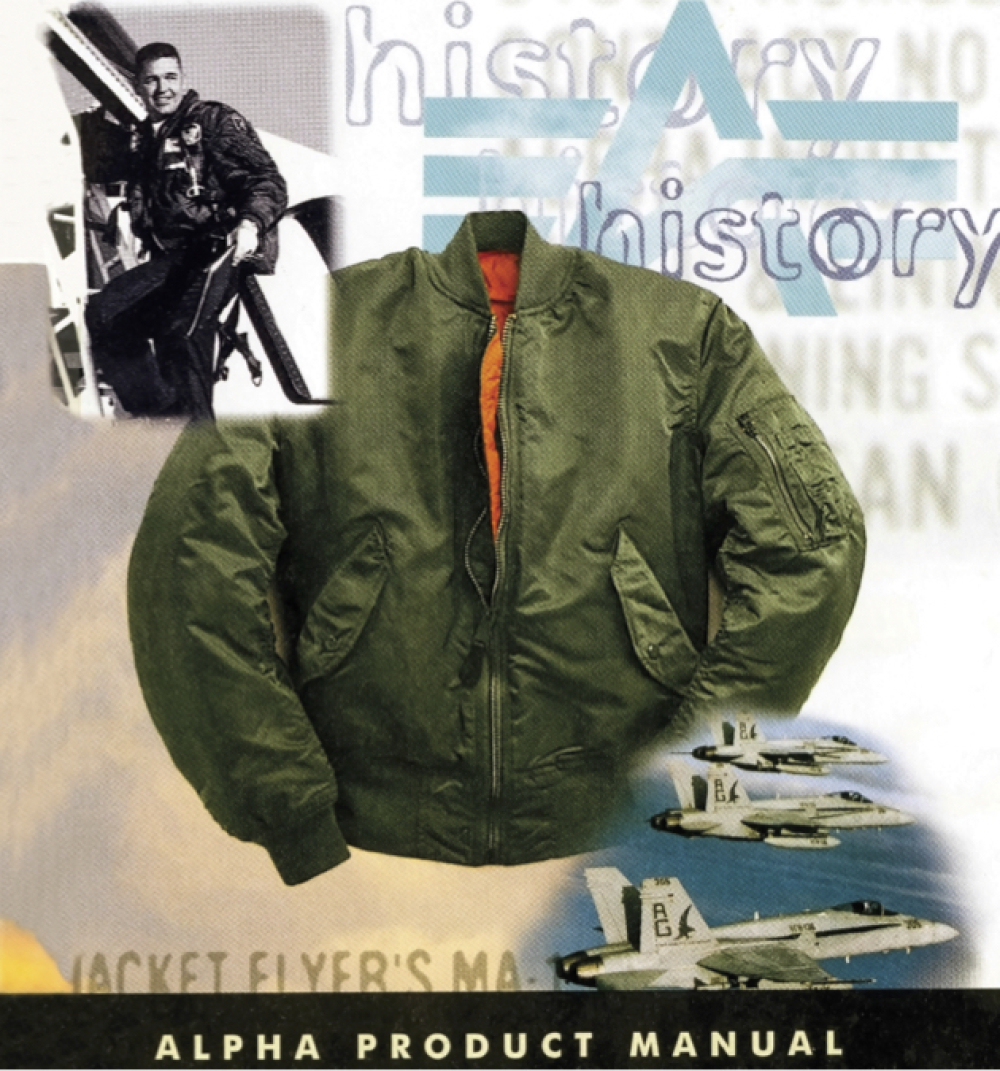 Visit Alpha Industries and Champion at SEEK this this 2–4 July in Berlin. Get your ticket here!